2 Dead as Families Clash with Machineguns, RPGs in Fnaideq 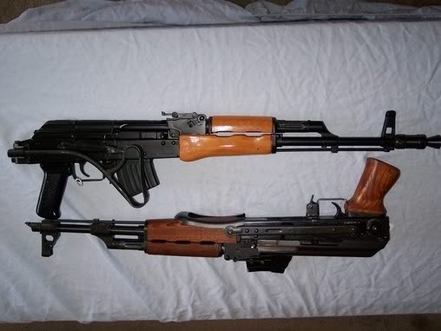 Two people were killed and five others wounded on Wednesday as a dispute between two families erupted into a full-blown armed clash in the Akkar town of Fnaideq in northern Lebanon.

“Brothers Ahmed and Khaldoun al-Tarsha (aka Taleb) were killed and their father Mohammed and brother Ali were wounded in an exchange of gunfire between members from the families of Taleb and al-Kik in the Akkar town of Fnaideq,” reported state-run National News Agency.

“A lady belonging to the Taleb family was also lightly injured,” NNA said.

“The situation is still tense in the town, although the Lebanese army and all the security agencies have taken security measures,” the agency added.

Meanwhile, LBC television reported that the two families used machineguns and rocket-propelled grenades in their fight.

middle age lebanon ... or is it the wild wild west? both i guess!

More like Medieval. Very sad to see this happen in this day and age! Total disregard for law and order.

To do that, you have to convince the Party of God aka the "Party of Lies and Intimidation" to give up their illegal weapons first. Much easier said than done.

Those Shias will never change!

Everything is not explainable by "sect or party" terms. There is, ecosocial reasons for lots of things in Lebanon

Did the army arrest anyone ? b4 takling about illegal weapons, let the army do its job and arrest the people who killed other citizens and let the law be inforced with life sentences in prison. (7atta ma 2oul death sentences). And let's see after that if things like this continue to happen. There's no Hizbulla in Akkar so what's the excuse of the lebanese government now ?

another living proof that all lebanese are well aremd, not just the Shiaa, last week it was a LF explosives warehouse, today it's a clash using RPGs and machine guns in Fnaidek a Harriri stronghold, well at least now we are sure even M14 won't call HA thugs since "yalli bayto men 2zez..." also we know that HA is armed to reist Israel but why are LF and future armed??

..." also we know that HA is armed to reist Israel but why are LF and future armed?? "

Well maybe be to resist another invasion like the one that happened in May 7!
Not that I support the lebanese parties to arm because that might lead to another civil war, but what do you expect when your opponent has arms and has used it against u before?

You should seek medical attention KEss.
Suffering from LF Trauma.lol

ulpianus,poverty????they are fighting with machine guns and rpg these are expensive and the amunitions cost money too.. what poverty??
plain ol thugs.what poor family do you know the owns an RPG? :-)

I understand your reasoning Eli, but poverty leads to criminality. Carrying a gun does not mean you are rich. I know you understand this and your comment was more for fun :-)

Always the same sect. And their militia is armed. Who need Zionists with people like this?

the retard is you... akkar is a region first thing, and there are sunni, chias, christians both for geagea and aoun..

i guess you do not know akkar at all, retard!

Not being a supporter of Hezbz. arms, I have to disagree with you. The phenomena of carrying arms is not limited to failed states, just look at the US and how many "arm incidents" are reported each year.

Yes, in this matter Hezbz arms is a problem, however, you cannot blame HEzb for the Lebanese carrying arms, as this has been a matter of fact existing from the very beginning of the Lebanese state. People had guns at home even before the Civil War. If Hezb disarmed ( integrated to the Lebanese army), it would undoubtedly be easier to disarm the rest of the population though.

Another huge problem in Lebanon when it comes to arms, is the protection some people seem to have from politicians ( mad3om in Lebanese). This is also not attributable (only) to the Hezb.