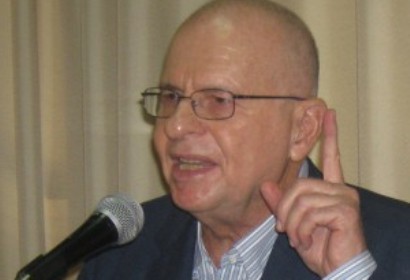 A meeting was held on Monday at the Tripoli residence of Mustaqbal MP Mohammed Kabbara to tackle the latest clashes in the city, which the lawmaker said is the product of a foreign conspiracy.

He said: “The political authority and Higher Defense Council are both conspiring against Tripoli.”

“They want to spread chaos in the city because it is predominantly Sunni,” he added.

“They want to break and destroy it,” stressed Kabbara.

The MP urged Prime Minister Najib Miqati to “assume his responsibilities or resign because Tripoli can no longer withstand” more violence.

The meeting was attended by various political and security authorities.

MP Moeen al-Merhebi withdrew from the meeting out of his conviction that it would not yield any results.

He accused the army command of failing to implement the decisions of the Higher Defense Council, holding it responsible for any bloodshed in the city because it does not want to get involved in the clashes.

He accused General Security chief Abbas Ibrahim of “following a Syrian agenda in Lebanon with disregard to standard rules of procedure.”

“All the civil authorities in Tripoli, starting with the premier, lawmakers, and clergymen, are demanding the army’s intervention in the areas that are witnessing clashes,” he added.

“It appears however that the army does not want to assume its responsibility,” he continued.

Merehbi told LBC television: “It appears that the army needs a decision from the U.N. Security Council to deploy in Tripoli, which means that there is a conspiracy against the country.”

Meanwhile, Voice of Lebanon radio reported that differences in opinion emerged during the meeting at Kabbara’s residence over how to tackle the Islamists’ movement, with some sides saying that their actions are not harming the city.

Clashes erupted on Saturday between the rival Tripoli neighborhoods of Bab al-Tabbaneh and Jabal Mohsen after the General Security Department’s arrest of an Islamist, Shadi al-Mawlawi, by luring him to an office of Finance Minister Mohammed Safadi’s welfare association under the pretext that he would receive health care.

Al-Mawlawi was seized for allegedly contacting a terrorist organization. Media reports said that the suspect is an avid supporter of the Syrian revolution against President Bashar Assad’s regime.

At least four people have since been killed and 70 wounded in the unrest.

What's so called Lebanese General Security is controlled by Amal. It's very obvious that the Army takes double standards..one against the Sunnis and another one for Hizballa and co. That's what is causing the problems not Mr. Kabbara remarks...If you break the law you should be punish...NO selective punishment.

It is quite humourous to see someone like Flamer who supports hizbollaat speak out against sectarianism...you support the only sectarian militia left in Lebanon dude, go find a rock and hide under it...

FT wtf is Mawlawi's crime. Supporting the syrian revolution? Helping refugees fleeing Syria? If that is a crime than all the criminals in Lebanon are in fact heroes including Mawlawi. If the state supports arresting heroes then I will be against the state. All Bashar supporters are scum.

hahaha and nesrallah is?!! He waged a war in the name of Iran and caused billions of dollars of damage.

I say arrest them all! Starting with Berri

anonymetexasusa, No one supports spying for Israel or anyone else for that matter, spying arrests are supported by all. Now the government arresting ONLY Sunni Muslims for belonging to armed groups is wrong. We are all equal under the law. If the young man belongs to a terrorist group like Al Quad, fateh Islam or any other banned groups then he should be arrested. Too many Sunnis are in our jails just for being deeply religious without trials...All I am saying is Hizball and Amal get away with murder and the Sunnis are very frustrated, we should all be very careful.

Of course, Syria is exporting it's war in order to deflect some of the attention it's getting.. and it's working. Come on the civilized world, it's time to bomb Damascus and Teheran (different reasons, different objectives) for the greater good. Thanks

why don t the general security arrest the 4 suspects wanted by the STL?
oh! yes they are protected by hezbollah....

double standards whatever you say!

I am for arresting ALL armed groups (the mere fact of being armed makes you a threat to civilians). Allouchi's frustration is that M14 is being targeted while M8 are exempt even though they have more weapons. I can empathize with such feelings but my stance is the same... arrest ALL armed group and if it has to start with the armed M14 so be it and then we will have the high moral ground to continue to demand that other groups be disarmed as well (this is what ballot boxes are for). We have too many loose cannons in Lebanon and any reduction in their numbers is a welcome event.

The Party of God aka the "Party of Murdering Thugs" aka the "Party of Intimidation and Terror" and all of their misguided ideological and hateful supporters are terrorists not worthy of the honor of being Lebanese.

You make no sense dude. I have no doubt that your mouth must have been transposed at birth whereby all the BS is coming out of your "derrière"