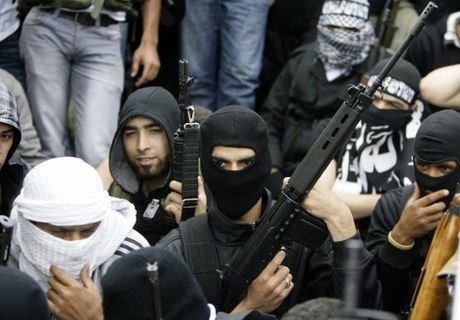 Forces which have failed to implement their plans to destabilize Syria have turned to Lebanon, Russian’s foreign ministry said on Monday.

"Moscow is seriously concerned by growing internal tensions in Lebanon. It appears that the forces that have failed to realize their plans to destabilize Syria have turned to neighboring Lebanon," the ministry said on its website.

"They clearly dislike this country's government course aimed at preventing foreign intervention in Syrian affairs and facilitating a swift peaceful settlement in Syria on the basis of Kofi Annan's plan approved by the United Nations Security Council, and the actions of military and security agencies opposing arms smuggling attempts and the trafficking of militants," the ministry said.

To attain their goals these forces are trying to stoke tensions among various Lebanese political and sectarian forces, the ministry added.

It called on Lebanese politicians to show restraint and “high patriotic responsibility at this difficult moment for the country and the region.”

“The Lebanese must not follow the lead of those who would like to sow new seeds of sectarian discord and confusion on their land,” the ministry warned.

It hoped that the Lebanese government and security agencies, “acting strictly within the law, shall take whatever steps necessary to restore calm in the country and preserve civil peace and unity.”

Street battles between partisans of the Mustaqbal Movement and the Arab Movement, a small pro-Syrian party, left two people dead and 18 injured on Monday in the Beirut neighborhood of Tariq al-Jedideh, sparking concerns the conflict in Syria is increasingly spilling over into Lebanon.

The violence erupted hours after Sunni cleric Sheikh Ahmed Abdul Wahed and another clergyman were shot dead at an army checkpoint in Akkar.

are you joking lol ?, As though Syria is 'stable', Russia is starting to sound more like dunia tv each day with their bankrupt conspiracy theories. The 'forces' that destabilized Syria are those who tortured and killed the dar3a children, bombed cities with artillery, raped women, evicted thuosands form their homes, committed the same genocides that russia did in afghanistan, so no wonder russia supports such evil. Did russia succeed in supporting najib allah of afghanistan in the 80's? and they will meet the same fate in syria.

... As well note the huge irregularities in their last elections...

Libya, Iraq, Afganistan and Israel are the only peaceful freedom loving democracies in the middle east.
Syria, Lebanon, Iran and Russia are evil and must be bombed into goodness by NATO and the US.
It's lucky that Israel is our boss and bestest pal.

Russia is ruled today by a pseudo dictorial regime.
They count on uncertainties in the Middle East for keeping the oil prices artificially inflated and for selling arms and exporting goods to the countries shunned by the West.

Nobody can harm Lebanon without our (the people's consent) Lebanon will never harbor mercenaries.

Certain SECTS and POLITICAL PARTIES are smuggling arms to the FSA in Syria. These are done in secret and without the GOVERNMENT.

They are two different things, please don't confuse the two. I can see that your hatred is blinding your logic.

Will people who comment here be out in the streets with the crazies when the next Civil War starts in Lebanon? Lebanon should not allow itself to fall down but I doubt it can be stopped now. March 14 supporters,Gaegae and Jumblatt are going to get what you ask for. The only problem is you don't seem to realize what you are asking for although it is quite clear that you will deserve it. Meanwhile Israel the USA and Saudi Arabia are ecstatic. The question you should all ask yourselves is what possible positive outcome could occur from a repeat of your previous failures. The Russian stated the obvious. Salafist terrorists will not prevail in Syria so open a new front. Hezbollah is and will remain the strongest force in Lebanon regardless. You people aren't very intelligent.

My dear Russians, There is no other force destabilising Lebanon but the sneaky, sleazy, muderous syrian corrupt regime ! Their methods and achievements would deserve to be taught as part of the annals of criminology and dictatorship ! Wait till Bashar is gone, and you will see what will happen with your economic and military interests in Syria if this is what you're trying to préserve with your foolish stance !

Just like I expressed to the American counterpart.... your stance is much appreciated. Now tell the Syrian Government to help demarcate and seal the border, stop arming Hezb and have your Government arm the Lebanese Armed Forces. Crocodile tears from all around the world and they all are part of what is being weaved in Lebanon.

Finally some resonable voice! Feltman visit waws intended for 1 reason and 1 reason only: destabilize the north to create a buffer zone for the Salafis on the Syrian southern border. and this is how Future started thier clashes with the LEbanese army, this is how they made a blocu in Tripoli etc... anyway the army kicked their butts really well and will continue to do so

Please,
The west with its Zionist banking cartel leadership is responsible for ALL of the problems in the middle east.
Sorry, I meant the entire planet, and that is no hyperbole or exaggeration.
If you're really interested you'll find out for yourself how.