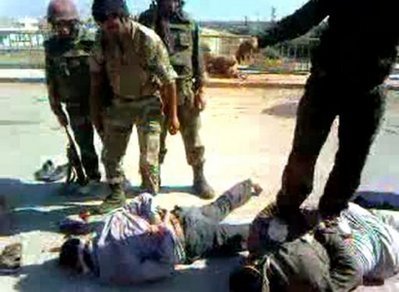 Russia is ready to host direct talks between the Syrian regime and rebel representatives, a top official said Wednesday, in a bid to end 14 months of bloodshed that has claimed over 10,000 lives.

"Russia has proposed starting this dialogue in Moscow, considering the opposition's fear of coming to Syria and the authorities' refusal to hold a meeting in Cairo under the auspices of the Arab League," Bogdanov said in comments posted by the foreign ministry.

The Syrian strongman appointed Sharaa as his official negotiator last year. But the rebels had previously rejected negotiations because of the raging violence and the regime's refusal to offer real power to Assad's foes.

Moscow has hosted several more moderate Syrian groups in the past year who do not represent the main Syrian National Council opposition movement.

Bogdanov did not say how or whether either Assad or the Syrian opposition has responded to Russia's offer.