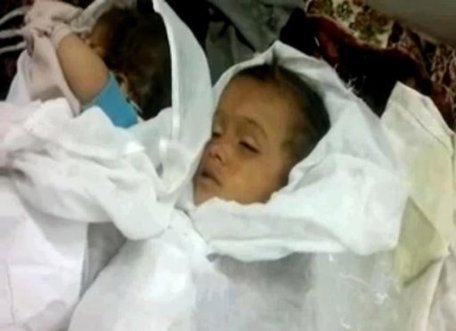 Germany said Friday it was "horrified" by the latest Syrian massacre and urged Russia to throw its support behind a tougher condemnation of Damascus by the United Nations Security Council.

Government spokesman Steffen Seibert said at a regular briefing that Syrian President Bashar Assad had lost all "legitimacy" and that a political solution was "unthinkable.”

"Two weeks after the massacre in Houla, it appears a similar massacre in the town of al-Kubeir near Hama was committed," Seibert said, adding that dozens of civilians had been "savagely killed.”

"The position taken by the U.N. Security Council will be decisive for further developments and Russia, as Chancellor (Angela) Merkel stressed last week during the visit of President Vladimir Putin, has a particular responsibility here."

Seibert said Germany called on Assad to step aside.

"Leadership that allows such actions has lost all legitimacy," he said of Assad's regime in light of the latest bloodshed.

"It is actually unthinkable that a political solution, an end to the conflict, could be brought about with Mr. Assad at the helm. That is why the German government again urges him to clear the way for a peaceful transformation in Syria."

At least 55 people were killed Wednesday in an assault on al-Kubeir, a Sunni farming enclave surrounded by Alawite villages in the central province of Hama, the Syrian Observatory for Human Rights said.

The slaughter came just days after 108 people were killed in a two-day massacre in the central town of Houla that Western and Arab governments also blamed on a pro-government militia group.

Oh cut the B.S. Germany, Russia and the others are pro Assad because they've been serving Israel's interests since the 60s' . I'm fed up with the fake obfuscation. As long as Israel's safe, the butcher of Damascus can kill anyone without numerical limit.