Turkey to Sign Deal with Azerbaijan on $7 Bn Pipeline 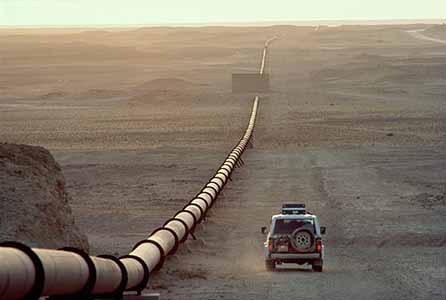 This project is about transferring the natural gas extracted from the second phase of Azerbaijan's Shah Deniz field to Europe, Prime Minister Recep Tayyip Erdogan said in a parliamentary address.

Turkey and Azerbaijan signed in December last year signed a preliminary agreement on building TANAP to carry 10 billion cubic meters (bcm) of Azeri gas to European consumers per year, plus 6.0 bcm for itself.

With Tuesday's signing of the accord by Erdogan and Azerbaijani President Ilham Aliyev in Istanbul, the seven billion-dollar (5.6 billion-euro) project takes a step closer to becoming a reality in the next six years.

Erdogan said the project would pump gas not only from the Shah Deniz field but also from other resources owned by Baku in the Caspian.

"It will also be possible for Turkmenistan to ship gas to this project," he added.

The signing of the TANAP deal by Turkey and Azerbaijan was expected to happen in the few months following December's memorandum of understanding, but it took longer to finalize as they failed to agree on stakes, according to local media.

According to December's plans, Turkey would get 20 percent of the shares in the pipeline that would run to its European border, divided between state-run pipe liner BOTAS and petroleum corporation TPAO. The Azeri state oil company SOCAR would hold the remaining 80 percent.