Turkey Extends Troop Mandate in UNIFIL by One Year 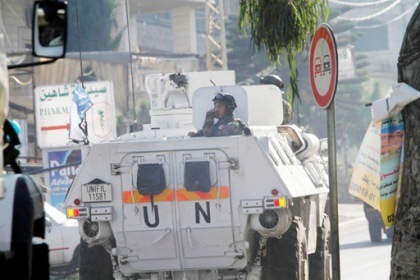 The Turkish Parliament voted Friday to extend its troops' mission in Lebanon under U.N. peacekeeping mission UNIFIL by one year.

The extension is the sixth since Turkey initially approved the mission in September 2006. It takes effect from September this year.

U.N. Interim Force in Lebanon (UNIFIL) was established in 1978 to monitor the border between Lebanon and Israel.

Its mission was extended and enlarged to include supporting Lebanese troops after the 2006 war between the Jewish state and Hizbullah.

The force currently has 13,000 troops from several countries deployed in southern Lebanon.

Turkey is the first Muslim country to provide reinforcements for the mission.

Its contribution comprises 1,000 troops and several warships deployed off the Lebanese coast to prevent weapons supplies from reaching Hizbullah by sea.