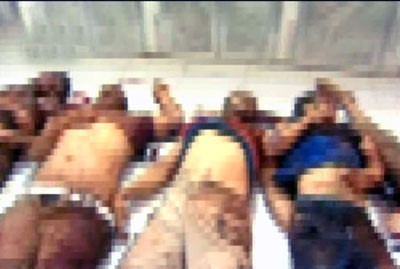 The head of the Palestine Liberation Army (PLA) in Syria condemned on Thursday the kidnapping and killing of 17 of his troops by "armed terrorist groups," state news agency SANA reported.

The Britain-based Syrian Observatory for Human Rights reported on Wednesday that the bodies of 13 PLA soldiers had been found after they were kidnapped days earlier while en route to Aleppo in northern Syria.

The PLA is a battalion in the Syrian army, although it is made up of Palestinians living in Syria and who are conscripted to the armed forces.

PLA chief of staff Major General Mohammad Tareq al-Khadraa told SANA: "The fact that the armed terrorist groups kidnapped and killed 17 troops from the Palestinian Liberation Army in Syria proves the criminal, dirty role that these groups play and their links to Western and Zionist agendas."

He added that the men were "tortured and abused," that "they were unarmed, and that they were on their way to visit their families on holiday."

Khadraa called the men martyrs who "gave their lives in an offering to the liberation of Palestine."

The Palestinian Islamist group Hamas in a statement strongly condemned "the ugly killing of 17 PLA soldiers."

It called the killings "a racist, cowardly act that targets the presence of Palestinians in Syria as guests who do not interfere in internal issues."

It is interesting the way we never learn from our history. I keep seeing people talking in the same language of the Lebanese civil war as if he or she is the saint and others are the devil. 3asha lebnaaaaan wa 3asha halal el ta2efeyi.