Syrian Army Retakes Most of Damascus 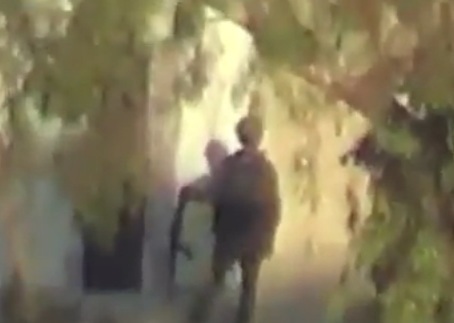 Syrian regime forces on Monday reclaimed most of Damascus after a week of heavy fighting with rebels, who are using guerrilla tactics to keep a foothold in the capital, activists and regime sources said.

"Unfortunately, regime forces have taken control of almost all the capital. There are still skirmishes in the southern district of Qadam and Daraya," a suburb to the south, an activist who named himself as Omar told Agence France Presse via Skype.

"There are still members of the (rebel) Free Syrian Army (FSA) in Damascus, but they are hiding now," he added.

"Regime forces are everywhere in the capital, but that doesn't mean they control the city," said Shami, describing the FSA as resorting to a guerrilla strategy.

Another activist, who identified himself as Ahmed, told AFP that "the battle to liberate Damascus continues, and there is still fighting in several areas of the city."

Ahmed from al-Midan neighborhood, the scene of fierce clashes last week, said: "That was the first phase, and a second will follow. More strikes against the regime will be carried out."

A security source in Damascus said most of the city had been reclaimed by government forces.

"The army has succeeded in taking control in some areas by force, but in others raids are still being carried out, notably Kfar Sousa," he said, adding that the objective was to "find the hidden terrorists."

The head of the Britain-based Syrian Observatory for Human Rights, Rami Abdel Rahman, said "regime troops have taken control of some areas, but in others the rebels are still present."

State news agency SANA said regime forces have "restored security" in the outskirts of Razi, near Mazzeh, "surrounding and killing many terrorists."

Regime forces deployed reinforcements on Monday in several districts of Damascus, struck by shelling during the night, according to activists and an AFP journalist.