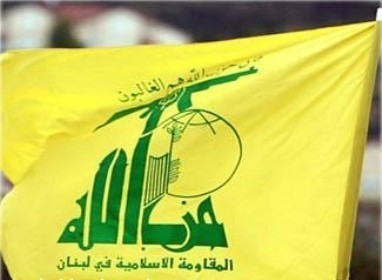 Hizbullah has reportedly detained two of its high-ranking officials and a member of a municipality in the eastern Bekaa valley for cooperating with Israel.

According to An Nahar newspaper published on Wednesday, the party’s security apparatus was able to expose the three members five days ago.

Media reports revealed earlier this month that Hizbullah was able to crack a spying cell that involved three men who resided in Bourj al-Barajneh area in Beirut’s southern suburbs, a Hizbullah stronghold.

The three men according to the reports are not members of Hizbullah but are known for having close relations with high-ranking officials in the party.

The first suspect M. H. lived in Ukraine in 1998-2000 and worked at a human smuggling network, where he helped smuggle Lebanese, Palestinian and Iraqi citizens into Europe.

He later moved back to Lebanon, and then headed to France where he was supposedly detained on charges of smuggling people.

However, the reports said that he wasn’t detained but actually worked with a western intelligence agency that tasked him to monitor the endeavors of an official at Hizbullah who lived close to him in Beirut.

The nature of the mission given to the other two alleged spy network members J. J. and M. S. remains obscure, according to the reports.

Hizbullah has reportedly detained two of its high-ranking officials .
is it enough proof of how much infiltrated hizbushaitan is?

Hezb Iran they hate the west but happy to use American $ ,before Ehaud Barak pulled his troops from Southern Lebanon most of Hezb Iran worked for the South Lebanon army which Israell paid their wage every month.Ahmadinejad is half jew and he is the boss of Hezb Iran bunch of scum.

No one can verify this story. Probably another hoax to be in the limelight again, noticed lately how their leader's speeches have become boring?

I thought this same article came out a month ago--same thing, not members but friends with members.

Someone should really check their recycle bin.

Every few days they come out with a new statement about the arrest of "Israeli spies". It doesn't say much for the party's security apparatus, that almost everywhere hizballah has inserted its tentacles there are "spies". Mind you, it is always a good way to get rid of your internal opponents.

Some of them are Israeli's spies, others are Syrian spies, and the rest are Iranian spies.

Who cares? Still a filthy militia

Good point Phoenix. Already we can see that their OWN are turning on them. A chain is only as strong as ALL it's links that hold it together.