WikiLeaks: Geagea Informs Sison that He Has 10,000 Fighters Ready to Combat Hizbullah 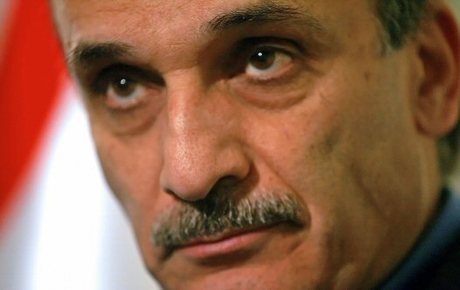 Lebanese Forces leader Samir Geagea revealed to then U.S. Ambassador to Lebanon Michele Sison that some 10,000 LF fighters were ready to combat Hizbullah if the need arrives, said a leaked U.S. Embassy cable published exclusively in Al-Akhbar newspaper on Tuesday.

Geagea told Sison during a surprise visit to the U.S. Embassy that the fighters “may need to be provided with weapons”, said the WikiLeaks cable dated May 9, 2008.

In addition, he stressed the need for the U.S. to pressure the Lebanese army to perform its duties because he wasn’t sure that it was capable of doing so, noting that the army failed in protecting Christian areas in Lebanon.

Geagea said that he wanted to be sure that Washington was aware of the 7,000 to 10,000 trained LF fighters who were ready to mobilize against Hizbullah.

Furthermore, the Lebanese Forces leader emphasized the need for the U.S. to support then Army Commander General Michel Suleiman and the government of then Prime Minister Fouad Saniora.

He also suggested that Arab peacekeeping forces be deployed in Lebanon, which according to Sison was first proposed by Saudi Arabia.