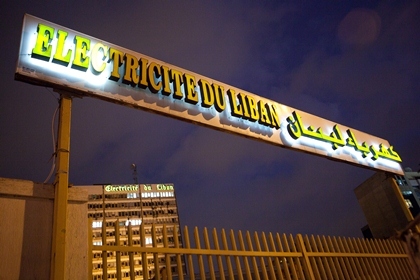 “The youths smashed some equipment and intended to burn tires in the premises of the station,” the statement said.

It pointed out that the employee was threatened and kicked out of the station in an attempt to restore electricity in their areas by force.

EDL condemned the act and called on the security forces to “evacuate the assailants immediately.”

It noted that it will isolate the station completely if the assailants remained occupying the station to maintain the safety of its facilities and employees.

“If so, then the electricity will be cut off Beirut and some parts of Beirut’s southern suburbs,” the statement added.

On Friday, EDL announced that electricity will start improving as of Monday after the technical teams nearly completed the maintenance work.

Most Lebanese areas plunged into darkness during the past three months which prompted citizens to block roads with burning tires in protest.

These "youths" are thugs who should be given jobs, work, get a salary, get a girlfriend, take her out, and release their frustrations elsewhere than on state institutions. The only thing we need is JOBS.

more AMAL thugs doing what they do best, or the only thing they know how to do.

Amal. The thugs of thugs.

We should strive to remove weapons from amal. Before HA. One can argue that HA is about resistance. Amal is nothing but a thug party whose memebers are recently starting to do forays into Ashrafieh. I wonder if they are not sent by bachar like mini samahas.

anthropologically, you are iranian too ya 'tony'

Zaatar W Zeit were 10 minutes late in delivering yesterday's order. Who wants to burn tires with me on Monday?