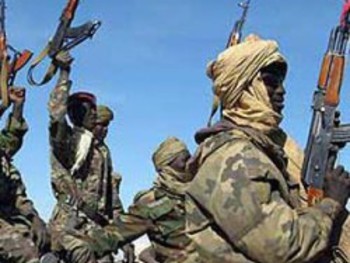 Houthi rebels took control of a strategic army post in north Yemen on Monday and captured some 70 soldiers, in the latest clash to endanger an increasingly fragile truce, army and tribal sources said.

A local military official said the rebels captured some 70 soldiers.

The attack came after residents contacted on Sunday by telephone said six soldiers were killed in fighting between the Zaidi Shiite rebels, also known as Houthis, and a government-backed tribe in tense northern Yemen.

Al-Zaala controls the road between Sanaa and Saada, the rebels' stronghold.

President Ali Abdullah Saleh said on Sunday that he did not want another war with the Houthis. "Peace, security and stability are the choice of the state... I say no to another war," he said at a military ceremony.

"Stop jeopardizing the security and stability of the province of Saada," Saleh said, referring to on-off confrontations in the restive region between government forces and the Houthis since the rebellion began in 2004.

"Houthis who are defying rules and laws should implement" the ceasefire agreement which ended the last round of fighting in February, the president said.

At least 70 people were reportedly killed in clashes earlier this month with both sides accusing each other of violating the truce.

Monday's fighting, in which automatic weapons and cannons were used, erupted after a truce negotiated on Saturday foundered over differences "about control of a position held by men of the Bin Aziz tribe," a mediator said.

He said tribal chief Sheikh Saghir Aziz had rejected rebel demands to pull out his men from al-Zaala but without handing over the position to the army.

After al-Zaala, the rebels are seeking to impose their control over another position, al-Madaen, another tribal source told AFP.

Mediators, headed by Sheikh Abdo Hubeish are trying to secure the evacuation of Aziz, whose son was killed during Monday's clashes after his nephew was killed in an earlier round of fighting.

The rebels' spokesman Mohammed Abdul Salam denied last week that the Houthis had clashed with local tribes, claiming that the fighting in al-Amsheyah, the village of the Bin Aziz tribe, was with the army.

Aziz is a member of the parliamentary bloc of the ruling General People's Congress party.

Last week 62 MPs signed a petition urging the government to "assume responsibility for ending violations committed by the Houthis," and threatening to suspend their parliamentary membership if the authorities failed to help Aziz.

The Zaidi rebels complain of political, social and religious marginalization, and have repeatedly fought with government forces in a conflict that killed thousands and displaced some 250,000 people.