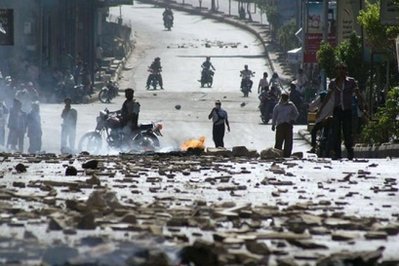 One witness said the two protesters were killed by gunfire, and that their bodies were taken to Safwa hospital.

Another said protesters had gathered at Al-Shaab school near Al-Huriya (Liberty) Square, where regime opponents have been holding a sit-in since February.

And others said some of the wounded suffered from tear gas inhalation, while others were wounded by bullets.

Protesters have been calling since January for the departure of President Ali Abdullah Saleh, who has been in power since 1978.