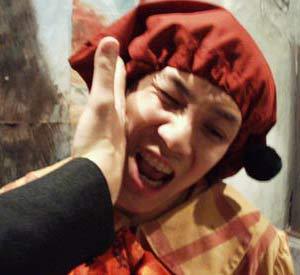 Taiwan's government on Thursday ordered a Chinese writer to leave the island after he claimed that slapping a person's body can cure chronic disease.

Xiao Hongci drew criticism when he claimed that his "slapping therapy" had healing powers at a promotion in Taipei earlier this week, slapping a woman's arm red while demonstrating his technique.

"It takes seven days and it's 100 percent effective for diabetics. It can cure heart disease and high blood pressure too," Xiao said in footage aired by local television.

But his Taiwan tour has been cut short after he has been ordered to leave within seven days as well as paying a fine of Tw$50,000 ($1,600) for claiming healing effects for what is considered a "folk therapy", officials said.

"Xiao in on a tourist visa and he is not allowed to practice medicine here," said an immigration official.

Xiao has published a book on his "slapping therapy" in Taiwan which has reportedly sold more than half a million copies.