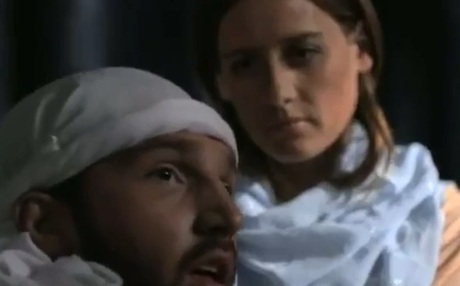 Saudi Arabia, home to Islam's holiest sites, on Thursday condemned the release of an amateur movie mocking Islam and the deadly attacks against U.S. missions over the film.

The kingdom "condemned the violent reactions in several countries against U.S. interests," the official news agency SPA said, and "the production by an irresponsible group in the United States of a film insulting the Prophet Mohammed."

Saudi Arabia "offers its condolences to the United States on the victims of the violence that targeted the U.S. consulate in (the Libyan city of) Benghazi," it said.

The ultra-conservative kingdom also "affirms its rejection of all acts that insult religions and religious symbols."

Protests have erupted since Tuesday outside U.S. diplomatic missions in Egypt, Libya, Yemen and other Arab states by demonstrators who deem the low-budget movie "Innocence of Muslims" made in the United States as offensive to Islam.

The U.S. ambassador to Libya, Chris Stevens, and three other Americans were killed when heavily-armed extremists launched a sustained four-hour attack on the U.S. consulate in Benghazi late Tuesday.

In the Yemeni capital, police on Thursday shot dead a protester and wounded five others when they opened fire on a crowd attempting to storm the U.S. embassy, a security official said.