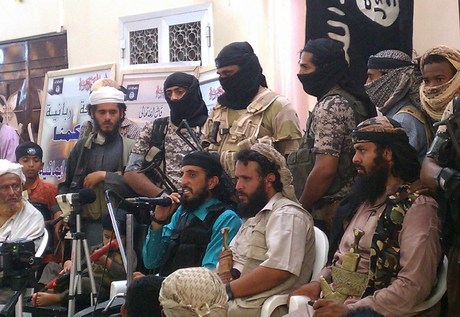 The U.S. State Department on Thursday added the Yemeni Islamist group Ansar al-Sharia (AAS) to its list of terror organizations, saying it is an offshoot of Al-Qaida in the Arabian peninsula (AQAP).

"AAS is simply AQAP's effort to rebrand itself, with the aim of manipulating people to join AQAP's terrorist cause," the State Department said in a statement.

"The actions taken today against AAS support the U.S. effort to degrade the capabilities of its parent organization, AQAP," the statement read.

"We are determined to eliminate AQAP's ability to execute violent attacks and to disrupt, dismantle, and defeat their networks," it added.

Inclusion on the terror list means that Americans face "a prohibition against knowingly providing material support or resources to, or engaging in transactions with, Ansar al-Sharia," the statement said.

It added that any property or assets held by the group in the United States are subject to seizure.

The U.S. statement said that AAS has taken responsibility for multiple attacks against Yemeni forces, including a May 2012 suicide bombing that killed more than 100 Yemeni soldiers.

U.S. officials also blamed the group for a March 2012 series of attacks and armed assaults that killed 100 people in southern Yemen.

AQAP often has been described by U.S. officials as the most dangerous of al-Qaida's worldwide affiliates.

AQAP was founded in January 2009 when the Saudi and Yemen branches of the jihadist network merged.

The group is led by Nasser al-Wahishi, who affirmed his allegiance to al-Qaida chief Ayman al-Zawahiri in July 2011, following Osama bin Laden's killing in Pakistan by U.S. special forces.

Washington said that the United Nations' al-Qaida sanctions committee also listed AAS on Thursday, and that "as a consequence the group now faces a worldwide assets freeze, a travel ban, and an arms embargo.

In other words, they are to be used in Syria and shipped there as soon as cheikh Saad or Sultan Erdogan make the necessary arrangements.