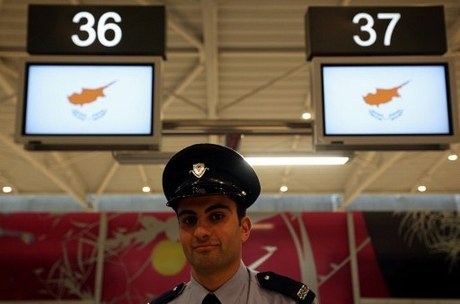 A Lebanese man accused of plotting an attack on Israeli tourists in Cyprus pleaded not guilty on Friday before a criminal court in the southern city of Limassol, court sources said.

Hossam Taleb Yaacoub, who was arrested in the southern resort city some three months ago, appeared before the court under tight security.

The trial had been due to start in mid-September, but was delayed after the prosecution changed the charges against the suspect, reducing the original 17 charges down to eight and prompting requests for clarification from the defense.

Initially, police said the 24-year-old, who also holds a Swedish passport, was to be tried on terrorism charges, but these have since been changed to conspiracy and consent to commit a crime, and belonging to an unnamed criminal organization.

The charges refer to two visits he made to Cyprus in November 2011 and July 2012, when police suspect he was tracking the movements and planned arrival times of Israeli tourists on the holiday island.

The court agreed that Yaacoub should remain in custody until the next hearing on October 25.

Cyprus police have refused to comment publicly on the case, describing it as a "sensitive political issue" but did say investigators have found no evidence to suggest he had any accomplices.

The suspect was reportedly arrested in a Limassol hotel room on July 7 after flying in from London's Heathrow.

Reports said he was arrested after a tip-off from foreign intelligence agencies, including Israel's Mossad spy service.

Cyprus bolstered security for Israeli interests on the island following a July 18 suicide bombing in Bulgaria that killed six people, five of them Israeli tourists.

Israel blamed Iran and Hizbullah, saying it fitted a pattern of earlier attacks or attempted attacks on Israelis in Thailand, India, Georgia and Kenya.

Officials have said there is no evidence directly linking Yaacoub with the Bulgaria attack, despite remarks in July by Cypriot Justice Minister Loucas Louca who said there were similarities between his behavior and that of the Burgas bomber.

The island saw attacks against Israeli interests in the late 1970s and early 1980s, but since then it has been viewed as neutral ground for unofficial Middle East peace contacts.