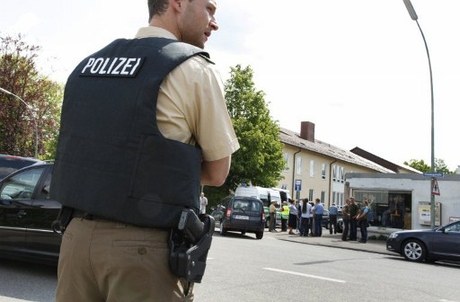 German federal prosecutors on Friday charged a 48-year-old man of dual German-Lebanese nationality alleged to have been spying for Damascus on opponents of the Syrian regime in Germany.

Prosecutors said the man, named only as Mahmoud El. A, was a Syrian secret service operative between April 2007 until his arrest in February 2012.

"It was his job to observe the activities of Syrian opposition members living in Germany and to spy on them," prosecutors said in a statement.

He allegedly passed on the information he received to a handler during regular meetings in Berlin, which increased in frequency after the outbreak of the "Arab Spring" in 2011.

"Since then, he reported especially on gatherings of Syrian opposition members critical of the regime. He handed his superior officer photos of people participating in demonstrations," the statement added.

The suspect was arrest on February 7 and has been in custody since.

He has largely admitted the charges against him, prosecutors said.

ofcourse who else is fighting to save Assad but bani matwal..