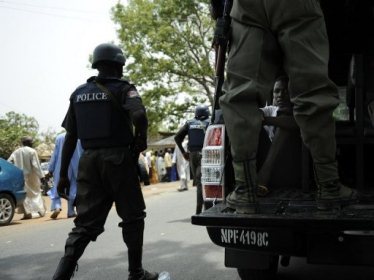 Gunmen have shot dead a Chinese national who was working as a chef for a construction company in Nigeria's troubled northeast, a company official said Monday.

Borno state, where the attack occurred on Sunday, has been hit hard by the radical Islamist group Boko Haram but the shooting in the town of Gubio may have been motivated by robbery.

"One of our Chinese workers, a cook, was killed by some gunmen who stormed the livestock section of the market where he had gone to buy a lamb in the company of two local staff," said Albert Audu, of the China Geo-Engineering Corporation (CGC).

Audu added that a livestock vendor in the market was also shot dead and that the alleged gunmen ran off with some cash. He identified the Chinese victim as 43-year-old Cheng Jingli.

Officials from the Chinese embassy in Nigeria could not immediately be reached for comment.

CGC is working on a road project in Gubio, roughly 80 kilometres (50 miles) from Maiduguri, the capital of Borno state and considered the base of the Boko Haram Islamists who are blamed for killing more than 1,400 people in Nigeria since 2010.

Imitators and criminal gangs including thieves are also believed to have carried out violence under the guise of the group. Boko Haram itself is also suspected of committed robberies, especially of banks, to finance their operations.

A military spokesman said he was yet to be informed of the attack.

Foreigners have been caught up in violence in Nigeria's volatile north in the past.

In July, suspected members of Boko Haram attacked a factory in Maiduguri, killing two Indian nationals and stealing about $600 in cash.

Separately, the high-profile kidnappings and subsequent deaths of British, Italian and German nationals earlier this year was blamed on Islamist extremists.

The Italian and British hostages were killed in the northwestern Nigerian city of Sokoto in March after being kidnapped nearly a year earlier and as a joint British and Nigerian rescue operation sought to save them.

A German kidnapped in Nigeria in January was killed during a military raid in May in the northern Nigerian city of Kano.

Foreign firms and embassies have been forced to increase security in the capital Abuja and in the country's north as a result of Boko Haram's insurgency.

Its attacks have included a suicide bombing of U.N. headquarters in Abuja in August 2011 that left at least 25 people dead.