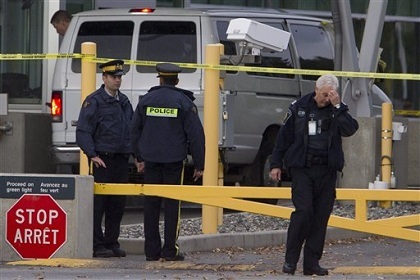 A gunman shot and wounded a Canadian border agent Tuesday before taking his own life, police said.

The shooting happened as the gunman arrived from the U.S. side to the Douglas Border Crossing in the west of Canada, one of the most frequently used between the two countries, according to a police statement.

The Canadian officer, a young woman, was seriously wounded but conscious and breathing. The border crossing was later closed in both directions.

The motive of the shooting was not immediately known.