Saudi Jails 16 Qaida Suspects for up to 25 Years 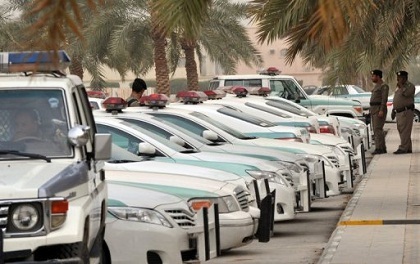 A Saudi court has sentenced 16 Al-Qaida suspects to between three and 25 years for murder and attacks on the kingdom's oil facilities, the official SPA news agency reported Wednesday.

The defendants, 15 Saudi nationals and a Yemeni, were convicted of "carrying out terror attacks, targeting oil (sites), and carrying out assassinations," the report said.

The court, which handed down the sentences late on Tuesday, also accused the suspects of "establishing Al-Qaida training camps," inside Saudi Arabia.

Two defendants were sentenced to 25 years in prison, one man was sentenced to 15 years, and two others were each jailed for 12 years.

The other 11 defendants received jail terms ranging from three to six years.

In June 2011, Saudi courts began trying dozens of people accused of involvement in deadly attacks between 2003 and 2006 after authorities launched an all-out campaign to eradicate Al-Qaida in the country.

:o the Wahhabis are arresting Alqaida??? but but but you said they were one and the same??