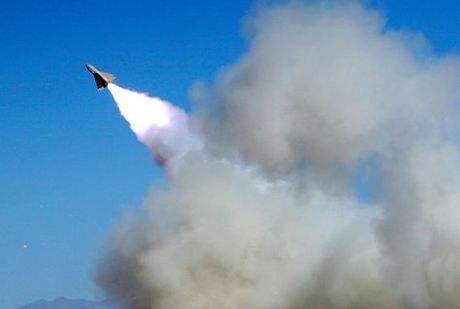 Palestinian militants in the Gaza Strip fired a rocket into southern Israel on Wednesday, but it fell on open ground close to the border, Israeli police said.

Early in the morning, Israeli aircraft struck what a military statement called "a terror activity site in the northern Gaza Strip."

That raid was itself in response to Palestinian rocket fire on Tuesday night which exploded near a home in southern Israel, causing property damage and hysteria, police said, after a two-day lull in cross-border violence.

On Sunday, five projectiles from the coastal strip hit southern Israel, part of a wave of tit-for-tat duels beginning on October 7 when an air strike targeted two Salafists in the southern city of Rafah, killing one and critically wounding the other.

Five children and three adults were also wounded in the strike, prompting a rare armed response from Hamas and Islamic Jihad militants, who fired a barrage of rockets at Israel.

The previous time Hamas militants had fired on Israel was during a flare-up in June when militant groups fired more than 150 rockets, wounding five, and Israel hit back with air strikes that killed 15 Palestinians.

The latest violence rumbled on until the weekend, when several air strikes killed five militants, including a top Salafist leader.

According to the Israeli military, Palestinian militants in Gaza have fired more than 505 projectiles at southern Israel since the beginning of 2012, and upwards of 45 this month alone.

Then when Israel retaliates everyone complains.