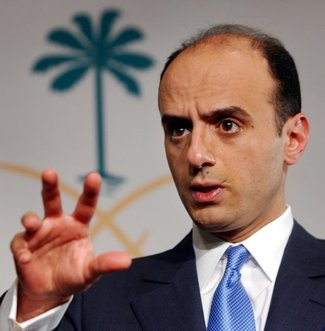 Former car salesman Manssor Arbabsiar pleaded guilty on Wednesday to conspiring with the Iranian military to kill the Saudi ambassador to the United States in a plot as lurid as any airport thriller.

Appearing at the New York federal court where he had been due to stand trial in January, the Iranian-American entered a surprise guilty plea. He faces up to 25 years in prison at his sentencing, which was set for January 23.

Judge John Keenan asked Arbabsiar: "Is it true that about the spring of 2011 up until the fall of 2011 that you and your co-conspirators ... who were officials in the Iranian military, that you agreed to cause the assassination of the Saudi Arabian ambassador to the United States?"

He was charged along with co-defendant Gholam Shakuri, a senior member of the Iranian Revolutionary Guard's elite Quds Force, who is at large.

They tried to hire a Mexican drug dealer for $1.5 million, first to kidnap the Saudi envoy, then, in a change of plan, to blow him up in a restaurant he frequented in Washington, Arbabsiar said.

He had arranged for $100,000 to be wired to the United States as a down payment, not realizing that the supposed assassin he recruited was in fact working for the U.S. authorities.

"In Mexico we hired a person called 'Junior' who turned out to be an FBI agent," Arbabsiar said in court, although officials say "Junior" was in fact a Drug Enforcement Administration informant, not from the FBI.

A frail looking man with a grey beard and a huge scar across one cheek, Arbabsiar was brought in and out of the courtroom in handcuffs and kept under close watch while he sat at a table with his lawyers.

The former Texas car salesman, who has a gray beard and wore a dark blue prison smock and orange undershirt, seemed nervous and stumbled repeatedly in his answers during the plea procedure.

When Keenan pressured him to confirm clearly that he'd intended to murder the Saudi diplomat, Arbabsiar finally said: "No. Yes, yes."

Throughout, Arbabsiar alternated between casting worried looks around the courtroom and repeatedly smiling, including at the agents seated alongside the prosecutors.

In the run-up to what would have been the trial, the defendant underwent a psychological evaluation. However, defense lawyer Sabrina Shroff told the court Wednesday that nothing had been found to hold up the plea.

"We know of nothing that would address any issue," she said.

Attorney General Eric Holder said: "The disruption of this plot should serve as a reminder of the exceptional efforts of our law enforcement and intelligence agencies in protecting America against terrorist attacks.

FBI assistant director Mary Galligan said the plot in the U.S. capital had threatened not only the ambassador but "innocent lives would have been lost and the national psyche damaged.

Others who believe that they can carry out or even attempt to plan such brazen plots should be on notice: the FBI remains ever vigilant towards acts of terror both here and abroad."

Iran has strongly denied any involvement in what the United States says was a plot by the Quds Force, Iran's covert external action unit, to kill the ambassador.

Yes, of course it's a fairy tale. This man is volunteering to spend 25 years in prison for a crime he didn't commit, just to make the ayatollahs look bad.

Hezbollah and Syria controlled internal security in Lebanon when many assassinations took place since 2005, and yet they had no idea who carried out the crimes. The telecom info that ties them to the Hariri and Hawi murders are an elaborate Israeli scheme. The Syrian document showing their involvement in the Tueni murder is fabricated. Telecom information is reliable when uncovering Israeli spies, but not reliable when solving political murders. Protecting phone call privacy is much more important than discovering murderers. Hezbollah didn't benefit from Hariri murder so they can't be guilty. Hezbollah knew that Israel was fabricating phone records, that's why the opposed the creation of the STL.