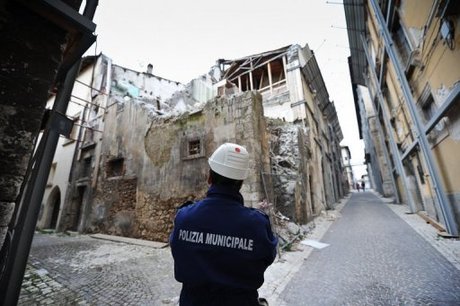 A court will hand down verdicts Monday in the trial of six Italian scientists and a government official charged with manslaughter for underestimating the risks of a deadly earthquake in 2009.

The case has provoked outrage in the international scientific community, with some commentators warning that any convictions would dissuade other experts from sharing their expertise.

Prosecutor Fabio Picuti wants each of them jailed for four years. He argued in court that they failed to alert the population of the medieval town of L'Aquila to the risks, days before the 6.3-magnitude quake killed 309 people.

All seven were members of the Major Risks Committee which met in the central Italian city on March 31, 2009 -- six days before the quake devastated the region, tearing down houses and churches and leaving thousands homeless.

Picuti said the experts had provided "an incomplete, inept, unsuitable and criminally mistaken" analysis, which had reassured locals. That meant they did not prepare for the quake, with many staying indoors when the first tremors hit.

The government committee had met after a series of small tremors in the preceding weeks had sparked panic among local inhabitants -- particularly after a local resident began making unnerving unofficial earthquake predictions.

Giampaolo Giuliani issued his warnings on the basis of radon gas levels with a home-made detection system. His methods have not been scientifically proven, but it was enough to create concern among residents.

So Italy's top seismologist were called in to evaluate the situation. The then vice-director of the Civil Protection, Bernardo De Bernardinis, told reporters the seismic activity in L'Aquila posed "no danger."

De Bernardinis cited an explanation given by scientists, one which the scientists now deny having given him. Today, he is one of the defendants in the trial.

The prosecution has denounced De Bernardinis for using the meeting to calm down the population -- he famously advised residents to relax with a glass of wine.

But government lawyer Carlo Sica has called for the seven defendants to be acquitted.

Minutes from the March 31 meeting were not valid as evidence because they were only written up and signed following the April 6 earthquake, he argued.

"They are not guilty of anything, the earthquake's no-one's fault," he said.

Last week Filippo Dinacci, lawyer for De Bernardinis and one of the other defendants, denounced the charges as something out of "medieval criminal law."

The case sparked outrage in the international scientific community when the charges were brought against the geophysicists in 2010. Many commentators complained that the scientists were merely scapegoats and that science was being put on trial.

More than 5,000 members of the scientific community sent an open letter to Italy's President Giorgio Napolitano denouncing the trial.

Their colleagues were being prosecuted for having failed to predict an earthquake: but that was a feat widely acknowledged to be impossible, they argued.

Prosecutor Picuti however insists the point is not whether they could have predicted the quake. He says the government-appointed experts' job was to evaluate the risk and advise a large population in a town with fragile, ancient buildings.

The seven defendants include Enzo Boschi, who at the time was the head of Italy's national geophysics institute; Giulio Selvaggio, head of the INVV's national earthquake center in Rome; and Franco Barberi of Rome's University Three.

The other scientists on trial are Mauro Dolce, head of the Civil Protection's seismic risk office, Gian Michele Calvi, head of the European Center for Training and Research in Earthquake Engineering (EU center); and Claudio Eva of the University of Genoa.

Some 120,000 people were affected by the April quake, which destroyed the city's historic center and medieval churches as well as surrounding villages.

As well as being charged with manslaughter, the seven also faces of reckless endangerment.

Top scientists around the world have warned that the case may not only set a precedent for criminalizing something as uncertain as earthquake prediction, but also put experts off sharing insight and knowledge for fear of law suits.

Monday is the 30th and final hearing in what, by Italian standards, has been a lightning-fast trial, having lasted just over a year.