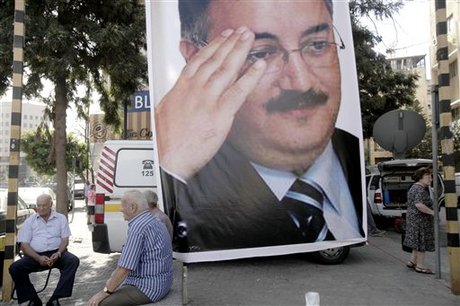 Prime Minister Najib Miqati signed on Tuesday the decree to refer the case of the assassination of Internal Security Forces Intelligence Bureau head Wissam al-Hasan's to the judicial council.

The decree has also been referred to President Michel Suleiman.

Miqati informed Justice Minister Shakib Qortbawi of his step, stressing the need to name the judicial investigator who will handle the case.

Hasan was killed in a massive car bomb in Beirut's Ashrafiyeh district on Friday.

He played a major role in the investigation in the assassination of former Premier Rafik Hariri in 2005.

He also played a great role in uncovering terrorist and Israeli espionage networks in Lebanon, as well as the arrest of former minister Michel Samaha.

The former minister, a close ally of Syria, was arrested in August on charges of forming a criminal gang aimed at carrying out attacks in Lebanon at Syria's behest.

The March 14-led opposition in Lebanon and Progressive Socialist Party leader MP Walid Jumblat accused the Syrian regime of being behind Hasan and Hariri's murders.

The least he can do...Miqati is just a snake...

Just be sure the judges aren't killed to Miqati. Your friends and business accosiates do a lot of killing.