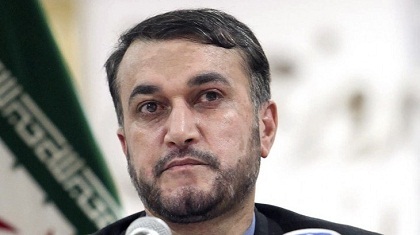 Iran could soon host a "national dialogue" in the region between all the parties to the Syrian conflict, a senior Iranian official said in media reports on Tuesday.

"Representatives of the (Syrian) government and all political and opposition groups will soon begin a national dialogue in a regional country, and possibly in Tehran," said Hossein Amir Abdollahian, deputy foreign minister for Arab affairs, quoted by the official IRNA news agency.

Abdollahian, who was speaking after meeting his Russian counterpart Mikhail Bogdanov, did not say which members of the Syrian opposition had agreed to participate.

"Some opposition groups have however rejected this idea, but we are continuing our efforts to persuade them," he added.

Armed Syrian opposition groups reject any Iranian involvement in finding a solution to the conflict in Syria, reflecting the view the US and some Western and Arab countries hold that Tehran is discredited by its unwavering support for the regime of President Bashar Assad.

Iran, which in turn accuses Western and Arab countries of arming the rebels fighting Assad's forces, has said repeatedly that it is in contact with Syrian opposition groups, without identifying which ones.

Russia and Iran advocate a political solution and dialogue between the government and opposition groups to end the Syrian crisis.

Who says a country sending murderers to Syria can host an unbiased meeting?

so the country that has its soldiers in syria helping bashar stay in power is willing to act as mediator? almost as nice as the russians...

might as well have hizb host it--the same biases will still be present.

Nice PR stunt--tries to make Iran not complicit in the crimes this regime has conducted, but falls short to unbrainwashed people.