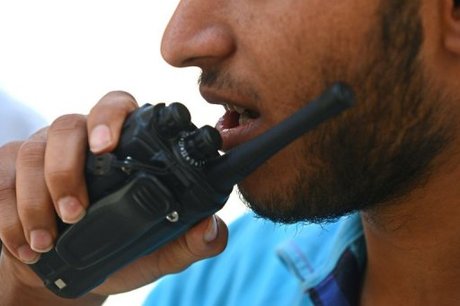 Jordanian police said on Tuesday they have arrested seven Syrians for carrying 35 "advanced" walkie-talkies, which are banned in the kingdom.

"The seven Syrian men were arrested on Monday in Amman and Irbid (in the north)," police spokesman Mohammed Khatib told Agence France Presse.

"In addition to the 35 advanced walkie-talkies, which are illegal here, they had types of receivers that can be directly linked to satellites, three personal computers and a night vision device."

He gave no further details.

The arrests were made on the heels of Jordan's announcement it had foiled a "terrorist plot" and arrested 11 al-Qaida suspects who planned to carry out suicide attacks against shopping malls, foreigners and diplomatic missions in the kingdom.

Separately, a Jordanian soldier was killed before dawn on Monday in a clash with militants trying to cross the border into neighboring Syria.

Jordan, which says it is hosting 200,000 Syrians, has beefed up its security along the border with Syria, since the uprising against President Bashar Assad's regime erupted in March last year.