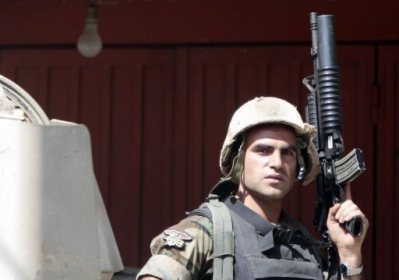 Army Intelligence succeeded in arresting suspects on charges of belonging to the al-Qaida terrorist organization, reported al-Joumhouria newspaper on Thursday.

Security sources told the daily that the army arrested Malaysian nationals Rafik Mohammed Aaref and Mohammed Razin Shaaban on charges of being members of the organization.

They were arrested in a hotel in Beirut's Hamra neighborhood and referred to the Military Tribunal.

Investigations revealed that they were recruited to al-Qaida by a Malaysian called Mustapha Mansour in Malaysia in 2007.

They then moved to Yemen where they met other members of the terror organization.

The security sources said that Aaref and Shabaan were arrested in 2007 and sentenced to jail where they met Jamal al-Badawi who is accused of the 2000 bombing of United States Navy destroyer USS Cole in Yemen.

Al-Joumhouria added that about two months ago, the suspects tried to enter Syria through Turkey on a jihadist mission and in order to carry out suicide attacks.

Their planned attacks were coordinated with a man identified as “Abou Hassan,” who is responsible for the entry of all jihadists to Syria, said the daily.

Aaref and Shaaban failed to enter Syria however and so they decided to head to Lebanon to carry out terrorist attacks.

Their activity was monitored however by the army intelligence.

They were soon arrested and investigations revealed that they were planning on contacting an individual in Lebanon in order to coordinate attacks.

"Aaref and Shaaban failed to enter Syria however and so they decided to head to Lebanon to carry out terrorist attacks."

they want to blow themselves nomatter what regardless of the target... if not in Syria, then in Lebanon...

they should do them a favor and sentence them to death by blowing them up... it's a win win situation. for their side their mission will be accomplished, from our side no casualties.

what's "moud7ik and moubki" is that they failed to enter Syria, so they decided to enter lebanon... and succeeded... sounds like any 2 bozo's can enter lebanon.. even more so than syria whose at war. Lets put up some borders...

that too. u r right.

By blowing themselves up they get a big blast! :)

Shoot them first and ask questions later... ! Scum like them do not deserve fair trials and no mercy !!!!

Perfect, hayda yali na3sna Malaysian , Yanni we need to Import terrorist as if we dont have enough in Lebanon,,,,,,,

There must be something wrong with this article.
From what I have read on comments here over the last few weeks, all Lebanese problems are because of Israel wanting to cause mayhem there.
How can it possibly be that Malaysian Moslems are entering Lebanon, after they failed to enter Syria, to advance terrorism in those countries. Moslem against Moslem. Moslems from a Moslem country, or are they Israelis in disguise.

the mosad creates these terror groups through training sheikhs that can brain wash idiots.. these idiots dont know that the isreali's mosad created them.. then the mosad will assasinate the leader that they trained and there will be no wittnesses and it carries on..

nice plot... is this what they think about us in Australia?

"the mosad creates these terror groups"
why can t it be the syrian regime too?
aoun used to say that once the syrian will pull out from lebanon they would leave their intelligence services behind and would infiltrate islamist groups to destabilize the country...
was he wrong then? LOL....

There seems to be Takfiri network trying to get into lebanon. Hezbollah is still the biggest threat to Lebanon's stability. But Hezbollah are lebanese, we have to negotiate with them. The takfiris should be crushed like insects that they are.

God bless our Lebanese Army! I swear to God, if I had millions I would invest all of it in the Lebanese army so they can continue to protect us from the scum of the earth.

There is no negotiating with Al-Qaeda. Al-Qaeda must be destroyed.

Agree with, سامر, this story stinks to remove focus from Assad

@Shab, can it be possible that these 2 bozos had nothing to do with Bashar and came to Lebanon because the place is a terrorist cesspit? Based on your logic, it looks like Bashar has more control over Lebanon than downtown Damascus or Aleppo.

Well done, guys. These kind of attacks will then be painted as by Israel and thereafter cause further classes.