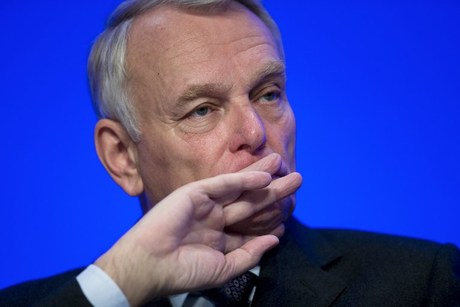 Amateur, indecisive and gaffe-prone: the accusations are growing ever louder against Socialist Prime Minister Jean-Marc Ayrault as he struggles to steer France through its worst economic crisis in decades.

"He's making error after error, this prime minister. We've never seen such a level of amateurism and lack of preparation," Jean-Francois Cope, the leader of the opposition UMP party, said after Ayrault's latest blunder.

That came on Wednesday -- Le Parisien newspaper dubbed it his "Black Wednesday" -- when the prime minister announced that the French Constitutional Council was about to scupper the government's new housing bill.

It was bad enough that the bill -- a key promise in the election campaign that brought Francois Hollande to the presidency in May -- was being thrown out after complaints from the UMP that it was being forced through parliament.

But Ayrault brought heaps of scorn on himself by announcing the council's decision hours before the body had even sat down to deliberate and ultimately decide that the government had not respected parliamentary procedure.

"The episode reveals a certain feverishness" on the part of a prime minister suspected by both the opposition and certain members of his own government of not being up to the job, said political analyst Philippe Braud.

Hollande, who as president is meant to be above the cut and thrust of daily politics, on Thursday insisted that his confidence in the 61-year-old prime minister -- a former mayor of the western city of Nantes -- was "total".

But repeated media reports quote insiders as saying that the president is getting increasingly worried about Ayrault's lack of leadership and his inability to keep his ministers in check.

Interior Minister Manuel Valls, for example, unilaterally decided to ditch a measure promised by Hollande to make police hand over a sort of receipt to anyone whose ID papers they check on the street.

And Education Minister Vincent Peillon announced that he was in favor of considering decriminalization of marijuana, even though Hollande had unambiguously ruled this out.

Frederic Dabi of the Ifop polling institute said the media were far more excited by these "dysfunctions" than the general public, who are more worried about rising unemployment, cuts in public spending and the grim economic outlook.

The 2013 budget unveiled last month includes 12.5 billion euros ($16.3 billion) of spending cuts and 20 billion euros in tax hikes as France tries to find 37 billion euros to bring the deficit down.

But voters nevertheless "are wondering if the executive is governing with a precise map in mind", said Dabi.

Ayrault, who this week broke with diplomatic protocol by openly expressing his hope for Barack Obama to win the upcoming U.S. presidential election, on Thursday rejected his opponents' criticism.

"Those who left the country in the state it is in should show more restraint," he said, implicitly accusing ex-president Nicolas Sarkozy's regime of causing the massive debt weighing on France's economy.

One of the main themes of Hollande's election campaign was the "normality" he would bring to the Elysee after five years of the hyperactive Sarkozy.

The president set himself a two-year deadline to turn the economy around and reverse rising unemployment, but his falling poll ratings suggest that many voters are beginning to doubt he can deliver.

His opponents point to alleged dithering and U-turns, such as when he bowed to pressure from small businesses this month and rowed back on plans to hike taxes on capital gains.

Ayrault's housing bill was, according to some analysts, due to the government's desire to rush through an important measure and burnish the credentials of the Socialist administration.

The bill, which the government says it will present again to parliament, seeks to raise from 20 to 25 percent the proportion of social housing every French town must have.

But the haste led to it being shot down by the UMP and the Constitutional Council, and thus deepening criticism by the right -- and even by some left-wing politicians -- that Ayrault is a bumbling amateur.