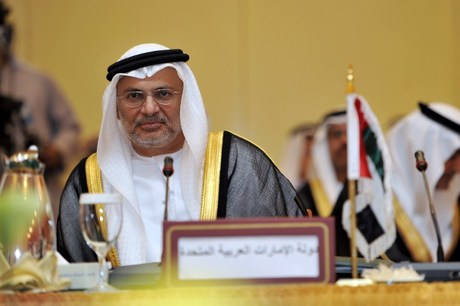 The United Arab Emirates on Saturday denounced a European Union resolution which criticized the human rights situation in the Gulf country, saying it made unfounded accusations against it.

The resolution was "biased and prejudiced (and) throws accusations haphazardly without substantiating the facts," Foreign Minister Anwar Gargash said in a statement.

He said that the UAE, one of the most liberal countries of the Gulf, "represents a society of people of over 200 different nationalities who co-exist in an atmosphere of openness and tolerance."

The EU Parliament on Friday issued a resolution criticizing the human rights situation in the Emirates, highlighting the repression of political prisoners and the exploitation of migrant workers.

The resolution was "unfair, which impacted its credibility," Gargash said, and "adopted unsubstantiated accusations by groups and organisations that made it a top priority to tarnish UAE's reputation."

He added that it "purposely overlooks the milestones made by the UAE and endorsed by the relevant international organisations, particularly in the areas of foreign labour, comprehensive social care and women's empowerment."

The EU resolution condemned "harassment," "restrictions on freedom of expression" and "illegal imprisonment" suffered by pro-democracy activists in the UAE, and demanded the "unconditional release of prisoners of conscience," which it says number 64.

It also demanded the UAE implement reforms to put an end to abuses suffered by migrant workers, especially women.

Gargash said the UAE had "not been summoned to this discussion," which it requested in vain to be deferred in order to have a chance to express its points of view.

The UAE, which escaped the sweeping upheaval of the Arab Spring popular protests that overthrew several Middle Eastern and North African dictators last year, said in July it dismantled a group plotting against state security, from among 60 Islamists it had detained.

When I was in Dubai I saw people treating the Indians/Pakistanis like zbele.... Exactly the way Lebanese people think they own their maids' lives. This is an Arab mentality complex... Or pathology if you prefer.

human rights in UAE? not a lot indeed! just take the work laws! or the condition of indian workers! or...or...

Find me one Islamic/Arabic country where human rights are respected, and I'll give you anything.

I agree with you guys ,those Countries all look after Americans/Europeans(Women only ) I have heard lots of stories about Maid`s being raped in Lebanon by their Employer than reported to the Police for theft..