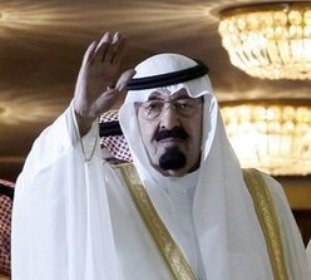 "I demand a U.N. resolution that condemns any country or group that insults religions and prophets," he said during a meeting at his palace with religious figures and heads of hajj delegations in the Mina valley where pilgrims were performing final rituals of hajj.

"It is our duty and that of every Muslim to protect Islam and defend the prophets."

A low-budget film produced in the U.S., Innocence of Muslims, triggered a wave of deadly anti-American violence last month across the Muslim world targeting U.S. symbols ranging from embassies and schools to fast food chains.

Saudi Arabia had threatened to block YouTube in the kingdom if Google did not respond to a request to deny access to the video footage of the film. YouTube then extended its restrictions on the video to Saudi Arabia.

The king also called on Saturday for the "unity of the Islamic nation (and) rejecting division to face the nation's enemies" as he urged for dialogue among Muslims.

"Dialogue strengthens moderation and ends reasons of conflict and extremism," he said.

"The inter confessional dialogue center which we had announced in Mecca does not necessarily mean reaching agreements on the matters of belief, but it aims at reaching solutions to divisions and implementing co-existance among sects," he added.

The Saudi monarch proposed in August setting up a center for dialogue between Muslim confessions in Riyadh.