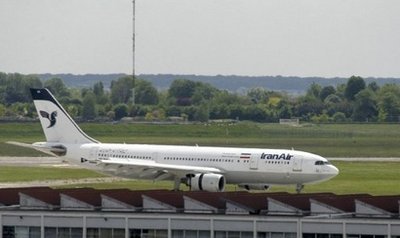 Iraq stopped and searched a Syria-bound cargo plane from Iran for weapons for the second time in a month on Sunday, but allowed it to continue as no banned items were found, an official said.

The United States has been pressuring Baghdad to ensure all Iranian aircraft flying through its airspace are ordered to land and checked for weapons, but Iraq has said it will only stop planes when it has doubts about the cargo being transported.

"It was inspected by security forces, but we did not find any banned items, and we allowed it to continue its trip," Bandar said. Inspectors did not find any weapons, and instead found medical supplies and humanitarian goods.

"We have orders that any cargo plane we have doubts about, we must stop it and inspect it," Bandar said.

Iraq stopped an Iranian cargo plane for the same reason on October 2, but allowed it to continue to Syria after inspections concluded it was not carrying prohibited items.

On September 21, Iraq denied permission for a North Korean aircraft to transit its airspace on its way to Syria over suspicions it would carry arms and advisers there.

Iraq has pointedly avoided calling for the departure from office of Syrian President Bashar Assad, who is locked in a bloody civil war with rebels opposed to his regime, and has instead urged an end to violence by all parties.

That false that you are, as if they could not do the theatre of registering the plane, we all know that the Iraqi president receives orders of iran, we all know that iraq supports the dictator in order that it kills the Syrian people

They are playing games. This plane was full of humanitarian supplies and 10 more went by with arms. Maliki is in bed with the Ayatollah.....maybe not just figuratively.

I could not agree more, just tell me who is tipping them off? they are copying the turks so that NATO continues to support Iraq, meanwhile the turks have caught the Radar parts sent by the Russians. Maliki is being slapped by car bombs in his country and is playing public games that he is in support revolt against Assad.

Let Iraq say that they will search EVERY plane from Iran going over its airspace for at least a month and see how long the regime lasts.