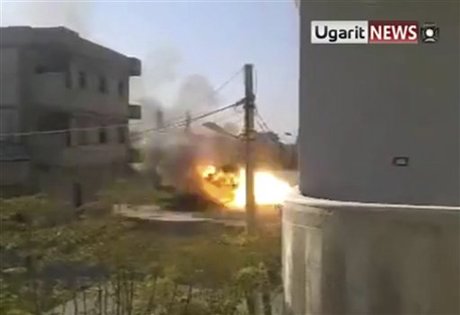 Syrian rebels have killed a Kurdish woman militia leader in the northern city of Aleppo, highlighting growing tensions between anti-regime fighters and the Kurds, a monitoring group said Friday.

"She was killed a week after she was captured by rebels," the Britain-based watchdog added.

The PYD opposes the regime of President Bashar Assad but has taken a neutral position in ongoing fighting in embattled Aleppo, the country's commercial hub.

Clashes between the rebels and Kurdish militia in Aleppo reportedly left 30 dead last week, sparking fears of a new front in the already fractured country.

According to the Observatory, 42-year-old Dirik was captured when she went to hand over to the rebels the bodies of opposition fighters killed in the fighting.

Kurdish fighters were "on a mission to deliver the bodies of opposition fighters, as well as rebels taken hostage, after clashes between Kurdish militia and anti-regime insurgents" when she was captured, Khalil said.

What cowards and criminals fsa are, shame shame shame, you will all be over and done with soon, and it seems like if your lost the battle when committing such crimes, yalla run off to your caves in KSA:)

Big mistake by the mujahideen, if the Kurds going against them, rumors have it they will be in grave trouble.

Not a big mistake by the Syrian RESISTANCE cause they probably were not even involved, this smells like hezb & assad operation to reap trouble