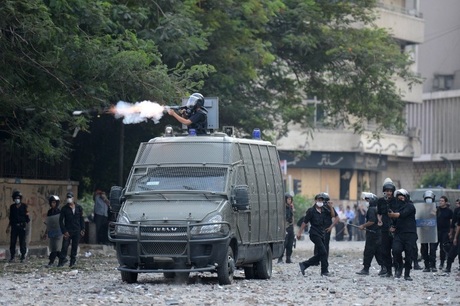 Egypt's interior minister on Sunday sacked the head of security in North Sinai, a day after an attack that killed three policemen in the restive peninsula sparked protests by their colleagues.

Interior Minister Ahmed Gamal ordered that the head of security, Ahmed Bakr, be replaced by his deputy in response to complaints from police over lawlessness in the peninsula, security officials said.

Police and the army have become the targets of militants in the region bordering Israel, and suffered an unprecedented blow in August when gunmen killed 16 soldiers in an attack on a border outpost.

The military launched a wide-ranging campaign after that attack to flush out militants, but drive-by shootings such as the one that killed the police officers in el-Arish on Saturday have continued.