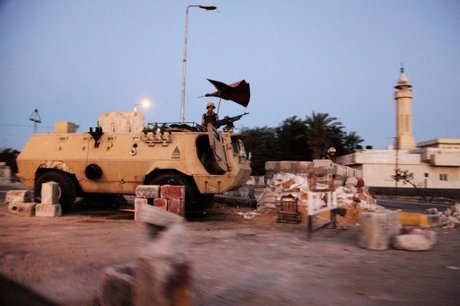 An Egyptian policeman was shot and critically wounded in Sinai on Tuesday when gunmen opened fire on a police patrol, days after three policemen were killed in an ambush in the restive peninsula.

The officer was shot in the neck in the northern city of El-Arish, the site of the deadly attack on Saturday.

The interior minister sacked Sinai's security chief on Sunday after policeman protested following the killings of their colleagues.

Security in the desert and mountainous region collapsed after an uprising ousted president Hosni Mubarak in February 2011.

Since then, several militant attacks in the Sinai, which borders Israel and the Gaza Strip, have targeted police and soldiers, including a brazen August 5 ambush on an army outpost that killed 16 soldiers.

The military launched a wide-ranging campaign after that attack to flush out militants, but drive-by shootings have continued.