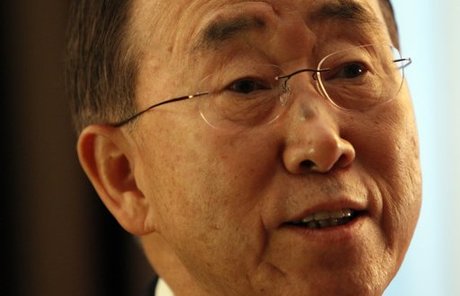 U.N. leader Ban Ki-moon urged President Barack Obama Wednesday to act quickly on ending the war in Syria and reviving the Middle East peace process as he congratulated the U.S. leader on his re-election.

The United Nations "will continue to count on the active engagement of the United States" on key global issues "as it strives to meet the hopes and expectations of people around the world," Ban said through a spokesman.

Ban said: "Many challenges lie ahead -- from ending the bloodshed in Syria, to getting the Middle East peace process back on track, to promoting sustainable development and tackling the challenges posed by climate change. All will require strong multilateral cooperation."

The U.N. leader looks forward to working with Obama and his second term administration "in the spirit of the enduring partnership between the United States and the United Nations," the spokesman added.

Obama strived to improve the U.S. reputation at the United Nations and as a multilateral partner during his first term.