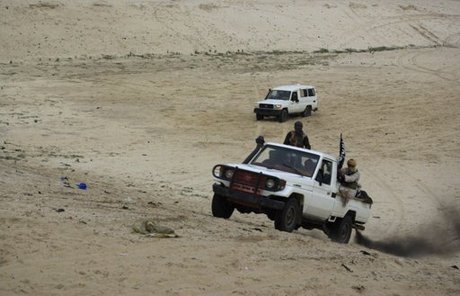 Three French citizens were known to have joined Al-Qaida in the Islamic Maghreb (AQIM), said the source, speaking on condition of anonymity. A British citizen was in the occupied city of Timbuktu and has "adopted the jihadist cause", the source added.

And a security source from Niger said: "We are turning back numerous Africans as well as Europeans who are trying to reach northern Mali through Niger."

"Recently we turned back the holder of a French passport," he said, adding that the French authorities had been alerted.

A Malian security official said they had arrested someone on Tuesday in the town of Mopti, 600 kilometers (370 miles) north of Bamako, "who was trying to go to northern Mali to fight with the jihadists.

From his accent, he had certainly lived in Europe, probably in France, but was not however of French origin, he added.

Islamic extremists with links to the north African al-Qaida branch have occupied Mali's vast north for seven months, imposing strict sharia law on populations there, and have been accused of numerous rights abuses.

Regional leaders are preparing a U.N.-backed military intervention to expel the Islamists, some of whom are pushing for a negotiated end to the crisis.