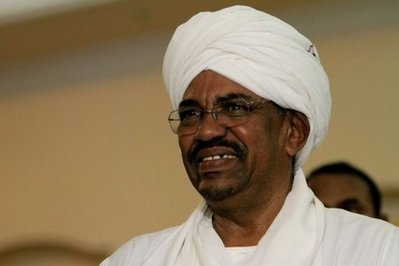 Sudan's President Omar al-Bashir has been discharged from hospital in Saudi Arabia and is recovering, his press secretary said on Wednesday, after a second minor operation in less than four months.

"President Bashir left the hospital today at 8:00 am local time," and is now recovering in the Saudi kingdom before continuing with his schedule there, Emad Sayed Ahmed told Agence France Presse.

Although Bashir's visit is private, he is also to meet with senior Saudi officials, the official SUNA news agency reported.

Bashir, 68, underwent a "successful small surgery" after traveling to Saudi Arabia on Monday for a normal medical check connected to an infection in his vocal cords, SUNA said on Tuesday.

Bashir is "in good health and is carrying out all his presidential activities normally," SUNA said.

Ahmed in late October denied rumors that Bashir was sick and said he underwent minor surgery during the holy Muslim fasting month of Ramadan, which was observed from mid-July to mid-August.

The president, known for his fiery public speeches, has been relatively quiet in recent weeks, making his fewer orations more restrained.

Bashir seized power in a 1989 military coup which overthrew a democratically elected government and established an Islamist regime.

He was declared the winner of a multi-party presidential ballot in 2010 but European monitors said the vote failed to reach international standards.

Bashir is wanted by the International Criminal Court for alleged war crimes, crimes against humanity and genocide committed in Sudan's far-western Darfur region where a rebellion began in 2003.