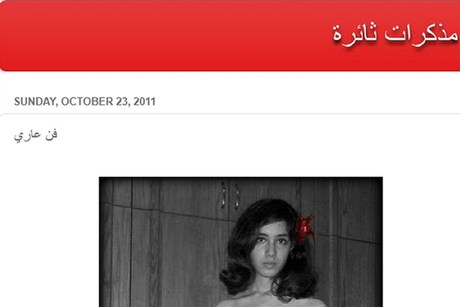 Egypt's state prosecutor on Wednesday ordered a ban on Internet pornography, after a previous court order to do so was not implemented.

The official Al-Ahram newspaper reported on its website that the order was directed at the interior, telecommunications and information ministries to "take steps to block any pornographic pictures or scenes on the Internet."

But Egypt, now under the rule of Islamist President Mohamed Morsi, does not appear to have banned any websites, unlike several other countries in the region that have tried to restrict access to political or pornography websites.

Egypt has become a democratic (!!!) state, all it needs now is an Ayatullah.