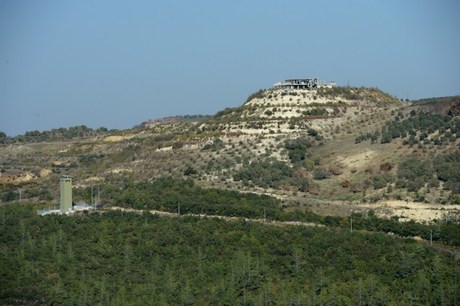 Syrian rebels and forces loyal to Damascus were fighting Thursday for control of a military border crossing in the north of the country on the Turkish frontier, Turkish media reported.

The clashes near the town of Ras al-Ain erupted late Wednesday and were still going on Thursday, the reports said.

Two Turks were wounded by ricocheting bullets from the Syrian side, Turkey's private NTV television reported.

Shell fragments also hit a hospital in the border town of Ceylanpinar which lies across from Ras al-Ain, causing panic among residents, and local schools were closed for the day, the Hurriyet newspaper said.

About 200 Syrians have fled Ras al-Ain into Turkey, where local authorities have warned people to avoid the border, according to Hurriyet, which added that Turkish armed vehicles and howitzers were sent to Ceylanpinar.

Wow Ras al-Ain is much further east. The army is losing every border post one by one. Bravo FSA!!!!

Good to see ,cant wait for the day that justice will served for Lebanon and our people.