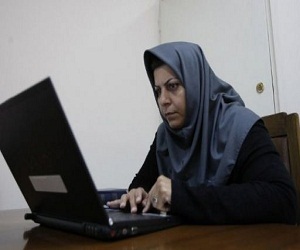 Washington on Thursday unveiled sanctions against four Iranians and five Iranian bodies, including the communications minister and the culture ministry, for censoring the media and the Internet.

The move against Communications Minister Reza Taghipour came after he was blamed for ordering the jamming of international satellite TV broadcasts and restricting Internet access, a State Department official said.

The United States was determined to stop the "Iranian government from creating an 'electronic curtain' to cut Iranian citizens off from the rest of the world," said State Department spokeswoman Victoria Nuland.

All those placed under sanctions were "engaged in censorship or other activities that prohibit, limit or penalize freedom of expression or assembly by citizens of Iran," she added in a statement.

They were also accused of limiting "access to print or broadcast media, including by jamming international satellite broadcasts into Iran," she said, denouncing the "regime's insidious actions."

Nuland said the new designations were part of the administration's pledge to "hold Iranian government officials and entities responsible for the abuses carried out against their own citizens."

Iran's ministry of culture and Islamic guidance was also sanctioned for closing down newspapers and detaining journalists, along with other entities "responsible for assisting the regime in its crackdown on and censorship of the Iranian people."

The Iranian government was engaged in a campaign to "curtail" freedoms and "prevent the free flow of information both into and out of Iran," Nuland said.

"Countless activists, journalists, lawyers, students, and artists have been detained, censured, tortured, or forcibly prevented from exercising their human rights," she added.

Thursday's new designations under a 2012 act mean Americans are banned from doing any business with the targeted Iranians, who are also barred from traveling to the United States.