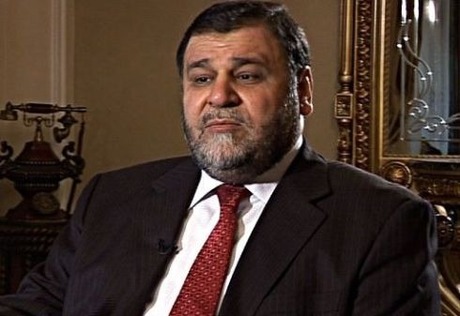 “I received new death threats via a telephone call to my bodyguard,” al-Daher told LBCI.

He pointed out that his bodyguard telephoned him around 4:40 p.m. saying that he received a telephone call from an unknown person telling him to “convey a message to me.”

“Tell your boss that he will be (shattered) like his friend was... You will get the same fate,”al-Daher said.

He noted that his bodyguard said that the accent of the caller is “Syrian.”

“They are using a new method to intimidate us,” al-Daher added, confirming that he informed Internal Security Forces chief Ashraf Rifi about the incident.

The opposition has demanded that Prime Minister Najib Miqati resign, accusing him of covering for the murderers of Hasan on October 19.

He said that five unknown assailants aboard a BMW X5 model with tainted glass blocked the way off his car near Ghazir junction and asked his driver to convey a message to “me and to my son.”

“You and your son should watch out as your time is near,” the assailants said in the message, according to Hobeish.

Media reports said that the ISF Intelligence Bureau arrested recently a Nigerian national who was allegedly monitoring the Beirut residence of the mother of al-Mashnouq.

March 14, Lebanon First, Free Pales-Syrian Army, the dabke dancer a la syrienne pour l'amour de Bashar is receiving new death threats, my compatriots. Allow me to humbly give your buddy al-Daher a word of advice: start learning new dance moves, dabbiko! You, too, March 14 should seriously look into learning this latest dance, known as the mevlana dance, aka the whirling dervish dance (check out this demo: www.youtube.com/watch?v=tp_DZHJnZxM). Isn't it a great exercise for performing perfect revolutions, my revolutionistas? Be good, rebels, and dance the nights away!

don t worry, aoun just said that he and hezbollah were here to preserve stability so they ll arrest those who want to kill lebanese MPs....

what a shock--M14 officials getting death threats while the M8 guys (who aren't making things up) living without those threats. Why is that again?

I don't like your appellations. M8/M14 ... There are terrorists and democrats. This makes the month of March depressing!

Naharnet, Merry Christmas! I hope you enjoyed your holidays. Can you now please get back at publishing the other commets to all the other stories before they become stale? By the way, Happy New Year, too.

ya genius where does he talk about religions other than in your M8 brain? you are the ones who try and make it religious then come and cry like offensed virgins... typical cowardness behaviour

Hizbcocaine and Syria are murderers. End of story.

Karim , it's all acting... Gagae assassination attempt, these death threats, and actually all politicians and figures were also assassinated by m14 groups, bcos I doubt the holy regime of Syria Iran and Hezbollah are capable of this.

Lets hear it guys.
1. It is Israeeel.
2. It is not true,they are using this for the intakhabet.
3. Lets wait for the investigation.
4. Fill in the new spin

They were, until recently, dabke dancers for the Syrians while the Syrians were dancing dabke on our backs... am i right?