Hariri Hits Back at Nasrallah, Accuses Hizbullah of 'Clinging to Power' 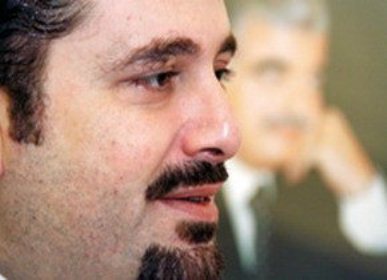 “There are certain constitutional principles for ousting governments, unless Sayyed Hassan wants to write us a new constitution and wants to teach us that the new method for that (changing governments) is (national) dialogue,” said Hariri after meeting Italian Foreign Minister Giulio Terzi in Rome.

The ex-PM accused Nasrallah of “clinging to power,” warning that “it is clear that the party is willing to do everything in its capacity in order to remain in power.”

Hariri also accused Hizbullah of “interfering in Syria,” voicing regret that “jihadist fighters are being killed everyday while fighting alongside the Syrian regime.”

"How can the government disassociate itself from the Arab consensus on the (newly formed) Syrian opposition coalition?” Hariri wondered, noting that “the government should have rejected this coalition given the fact that there are Hizbullah fighters engaged in combat alongside the Syrian regime.”

Commenting on Nasrallah's remarks that al-Mustaqbal Movement is inflaming Sunni-Shiite strife, Hariri denied the charges, stressing that his movement “has never been an advocate of sectarian strife.”

“Yesterday, Sayyed Hassan was addressing someone he did not name in his speech, but I will name him – al-Hakim (Geagea),” Hariri added.

Geagea “has been telling people that Lebanon should only be governed by the Lebanese, not through any foreign interference,” the ex-PM said, noting that “this approach does not go with the viewpoints of those who are clinging to power, especially Hizbullah.”

In his speech on Monday, Nasrallah accused “some of March 14's Christians” of “seeking a Sunni-Shiite conflict in Lebanon.”

“The resistance fighters who liberated Lebanon and rescued it from the Israeli era do not need certificates in patriotism from those who were allied with the Israelis and used to storm Lebanese towns alongside Israeli troops,” Nasrallah added.

Hariri hit back at Hizbullah's leader, accusing the party and its allies of “cursing dead people,” invoking the era of civil war and “attempting to stir strife.”

“When we staged an uprising in 2005, we did not do that to allow the Syrian regime to return to the country. We rose up in order to be free and we will remain free,” said Hariri.

“The Lebanese want to live in dignity without needing anyone, not Saad Hariri, nor Hassan Nasrallah, Samir Geagea or anyone else. They want electricity, water, education and health care,” he added.

Hariri stressed that he personally as well as al-Mustaqbal Movement and the March 14 forces "want all the Lebanese to coexist."

"Some must show some modesty and think in a patriotic manner because this country is for everyone,” said Hariri.

"Let them stop challenging us because this confrontaion will not make them achieve anything, as we are not afraid of that and we only fear for Lebanon and we will not bargain over the Taef Accord or Lebanon."

You got that right! Were all on to his usual moronic ways. Pathetic!

you are so simple

Lebanon for the Lebanese, no external influences from any side.

Why can't we for once put our sects aside and be Lebanese.....Proud Lebanese...

Proud Lebanese will always put sects aside, the unfortunate thing is you have these outside influences claiming to be Lebanese just to gain a majority and remake the Lebanese identity. So long as there's educated genuine Lebanese, the soul of Lebanon itself will never be taken.

Saad you didnt miss the battle you missed the whole war,

you have been scared your whole life, go skiing and forget

I am Clouseau, Police Inspector of the French Sûreté
and the wahchane I leave for its owner ;)

ya saad:
u must return to lebanon becose u are not more precious than those living here under the farsi threat ....ya hassoun:all the lebanese must coexist and especially hakim who is the only one who paid for being a warlord not for collaborating with 'adou el sayouni": everybody has a past including u...using hobeika who collaborated more than hakim in the massacres of sabra and shatila (he was hizballah christian minister for ten years).....and last all parties collaborated with strangers against lebanon..not only el hakim,and the only one who is collaborating with the farsis till now is u so.........

Then let the resignations begin. M14 should either resign or begin talks. Obstruction is not the answer only a platform to create the problems we see now ... which is just what Hariri seems to want.

Then M14 should resign or begin talks. The current situation is a platform for divisiveness which by all appearances Hariri seems to want.

The people of Lebanon need cohesive leadership. It has been M14 specifically the Future Movement that stands in the way of agreement.

what agreement are you talking about?
there is a constitution: let m8 apply it, let hizbushaitan surrender their weapons, let no one be above the state,....
what is there to discuss? just apply the constitution.

It is Saad Hariri's party that is obstructing the path forward. If he were the leader you speak of he would embrace talks ... not demands.

The Hezz clinging to power for the good of Persia.

Maybe some day you people will learn to elect and endorse new leaders instead of an illustration of people who only care for their selfish being... Haven' you learned from 30 years of war? Wake up? I do not care which religion faction you belong to, we can all live together in this little place of heaven on earth called Lebanon. Just do your part as citizens and petition to have all current politicians let someone more qualified to take over. As far as I know, we do have prominent Lebanese people running companies exceeding the size of Lebanon and I bet that they will do a fantastic job reviving this country - stop being mindless robotic followers... Killing and accusations will do anybody any good.

Nasrallah doesn't speak proper Arabic, there's always a Farsi accent when he does.

Thank you for meaning well my proud follower. Let's meet one of these days on the ski slopes of Europe where we can brainstorm a way out of this morass that we have unpredictably found ourselves in. I shall pay all the expenses my dear friend. You may also bring with you allouchi, peace, thepatriot, slash and of course all the gabbies from the plain gabby all the way through gabby8 and subsequent indexed gabbies. May Lebanon remain first but first keep that FSA flag fluttering way higher than the Lebanese flag in Center Ville until the fall of the Assad regime, which MIGHT happen in 2012 as predicted by my other good friend and potential Lebanese president Dr. Arreet 7akeh.