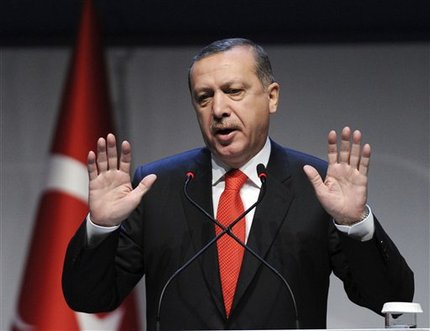 The new wording proposed by the Justice and Development Party (AKP) to a parliamentary committee drafting the new constitution no longer includes the words "principles and reforms of Ataturk," and "secularism".

Lawmakers are obliged to take the oath in parliament after elections in order to take their seats.

However, the new text runs a high risk of being rejected because the committee needs consensus among the four parties in parliament before it can adopt such changes.

The committee is paralyzed by differences between the parties as it tries to draft Turkey's new constitution to replace the coup-era text of 1982, particularly on descriptions of Turkish identity and the rights of the Kurdish minority.

Since the AKP of Prime Minister Recep Tayyip Erdogan came to power in 2002, it has been accused by the opposition of trying to "Islamize" Turkey by stealth.