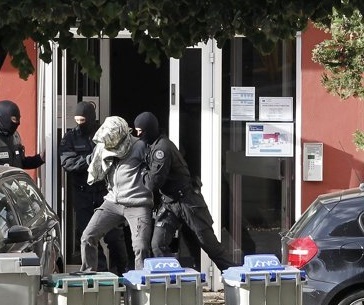 The suspect, 45-year-old Raul Angel Fuentes Villota, was detained in Liverpool under a European arrest warrant in an operation assisted by Spanish police, the Interior Ministry said in a statement.

Spain has been hunting Fuentes Villota since 1995 over his membership of an ETA unit in the Basque Country region of Biscay and his alleged participation in killings, the ministry said.

It was the latest in a string of arrests of ETA activists that have hobbled the network, listed as a terrorist organization by the European Union and United States.

ETA announced a year ago that it had abandoned violence after more than 800 killings in a four-decade campaign for an independent homeland in northern Spain and southwestern France.

ETA has refused, however, to bow to Spanish and French demands that it disband and disarm.