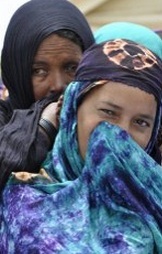 Al-Qaida in the Islamic Maghreb militants in the Malian city of Timbuktu have arrested dozens of women for not wearing the Islamic veil over the past two days, witnesses said Friday.

"Dozens of women were arrested Thursday and Friday by AQIM for not wearing the veil," a local official said on condition of anonymity.

"The Islamists were going into homes to arrest unveiled women," he said.

Another resident confirmed the arrests: "They're rounding up women from homes as we speak. They came to arrest my sister, who doesn't wear the veil when she's at home."

Islamist groups with links to al-Qaida took advantage of a military offensive by Tuareg separatists and the vacuum created by an indecisive coup in Bamako earlier this year to seize Mali's entire north.

Ansar Dine (Defenders of Faith) has been in control of Timbuktu, while the Movement for Oneness and Jihad in West Africa has ruled over Gao, the other major city in northern Mali.

Both groups are under the influence of al-Qaida's top regional leadership however and have been enforcing an extreme form of sharia, flogging, amputating and sometimes executing violators.