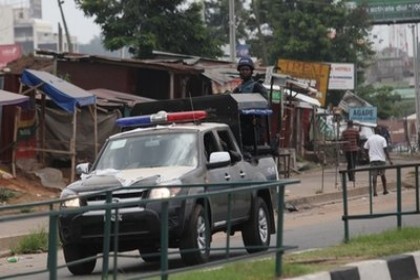 Gunmen riding on motorcycles have killed a prominent politician in Nigeria's second city of Kano, officials said Sunday amid a wave of similar shootings blamed on a radical Islamist group.

Boko Haram insurgents have attacked scores of political leaders and other symbols of authority in Nigeria's restive north. A police source, who confirmed the killing, said the group may be responsible for the latest violence.

Ibrahim Abba Garko, a lawmaker in the assembly of Kano state, of which Kano city is the capital, was shot three times as he sat with friends at a popular meeting spot near a petrol station.

"He was shot in the head, chest and shoulder by the gunmen and from all indications he was their target," said Salisu Ibrahim Riruwai, another Kano state lawmaker.

"He died on the spot," Riruwai said, adding that two others were seriously injured in the attack.

Such targeted political assassinations have been rare in Kano, although the historic city was on January 20 the site of the group's deadliest ever attack when at least 185 people were killed.

Boko Haram has said it wants to create an Islamic state in Nigeria's mainly Muslim north, although the group is believed to consist of various cells with different aims. Attacks linked to local rivalries have in the past been blamed on Boko Haram.

The group's insurgency is estimated to have left 2,800 people dead since 2009, including killings by the security services.