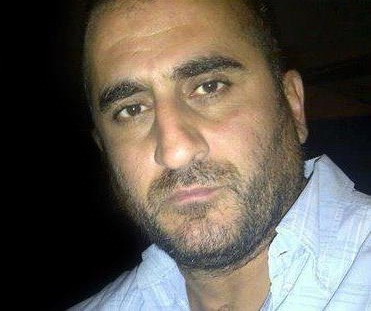 The military court ordered on Monday the release of rap artist and former candidate to the parliamentary elections Pierre Hashash without any charges.

“Hashash will be freed on Tuesday,” said the official Facebook page protesting his arrest on social networking websites “Support Pierre Hashash and all oppressed”.

The page also reported that Hashash's file has been transferred to Baabda civil court and that he is now considered a witness in a civil case.

Pierre Hashash was beaten up by the army intelligence squad and arrested on Wednesday following a post he wrote on his Facebook page in which he criticized a roundabout holding Army Commander's name “for causing traffic jam” in Batroun city, LBCI reported.

The Army Commend issued a statement on Friday explaining that Hashash's arrest occurred after “his statements offended the military institution and its members.

Hashash rose to fame in 2005 when he presented his candidacy for the parliamentary elections in Batroun and accompanied his nomination with a sarcastic PR campaign that gained wide media attention and coverage.

“his statements offended the military institution and its members"! Is this a crime?! apparently not...he just got beaten anyway!

an army that thinks it is above the law! an army of thugs sold out to the Syrian regime and the Iranians.
this is the newest episode of a series of wrong doings by this army paid by our taxes.
who are they to beat him up?
are we in a country of moukhabarat and shabihas?

Meanwhile they let the terrorists and murderers run around free in Lebanon. I was part of the Lebanese army establishment "officers school" I left the third year because it was a sham. I hope Pierre sue the pants off of them all these thugs.

This institution is like the gangnam style... A circus.

There is nothing wrong with criticizing the army, mps, the president, pm, speaker. That is what freedom of speech actually mean. If this report is true I hope hashash wins a big civil lawsuit which will teach the army that you cannot do something like that just because it pleases certain people and for political motives. Maybe then they would learn that even the state institutions are bound to abide by the law not a politicians will.

freedom of speech in action...what a shame...

I can't see much difference between the army and the Basij! Hizbollah poison has infiltrated all government institutions, facilitated by useful idiots like Aoun, Jumblat and Rahi. As to M14, they are pitiful incompetent with no vision and no real belief in freedom, civil rights, transparent democracy, and accountable politicians. The Cedar Revolution is truly orphaned in search of an adoption home! Sad but true...

Welcome back! You are really genuine, my friend. Just cut down on your selective idiot-calling because it applies to ALL. What makes some more idiots than others is that they are ready and willing to start killing each other again. Just think about it. Be good.

Hold on, I have a charge for him: Clever Lebanese. He should stay in jail!!!

wow... yes.. lets arrest the rappers, ballet dancers and violin players!!! that would solve ALL of Lebanons problems ..dont the army have better things to do with all these assassinations and weapons???
this (if true) is nothing but a political move that should be punished..

this was actually a responce to a comment that apparently was deleted... saying that all rappers should be arrested...a step too slow my friend... as always..:P

it was actually chouf3 who commented below.. but i dont know why his comment was erased.. not like he went off with the cuss words..

the charge was "insulting the army" what kind of charge is that? Sho the army is God now? We do not and will not live in a military state, I should be able to criticize ANY institution without exception.

No dude no place for rappers in Lebanon ,the army is busy dealing with lots of things.I dont care who this guy is ,he has no right to rubbish our army.