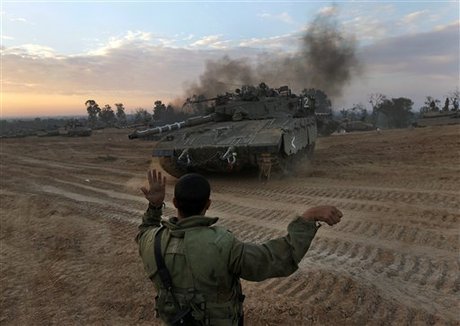 Israeli forces on Monday shot and killed a man who infiltrated from Gaza, broke into an Israeli home and stabbed a woman, an army spokeswoman said.

"A suspect from the Gaza Strip infiltrated the community of Sde Avraham and stabbed a woman inside her home. She was lightly injured," the spokeswoman told Agence France Presse.

Soldiers and security officers arrived on the scene and began pursuing a suspect, she said.

"They asked him to stop but he didn't. He then started approaching the soldiers in a threatening manner," she said.

"They asked him again to stop but he failed to comply. They fired at him and killed him. According to the initial investigation, the incident is of a terrorist nature."

It was not immediately clear how the man had infiltrated the Gaza border, which is patrolled by Israeli troops who also enforce a buffer zone that is off-limits to Palestinians within the Gaza Strip.